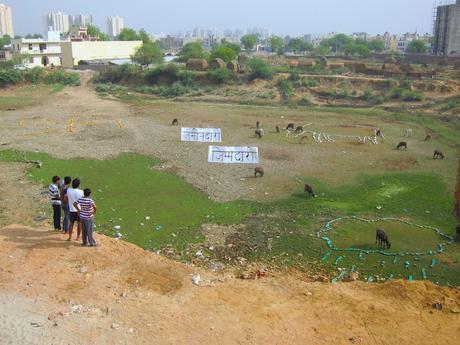 The program started at 8.30 am in the under-construction community center; a space itself contentious for having been developed through the encroachment and infill of a portion of the lake. Alex escorted groups of locals from the village to the program. 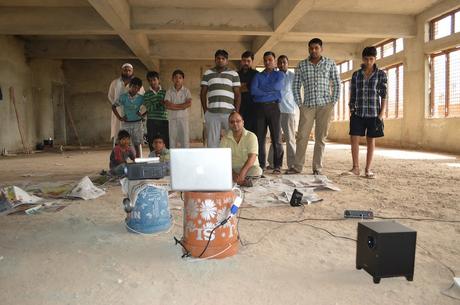 Participants began by watching a twelve minute video, introduced by Namrata Mehta, of locals speaking about the lake; stories on its 7 generations of history… stories on how people travel from afar for its sacredness… children speaking on how they like to play there… women speaking on how the lake is now punishing the village for its degradation, and others. Namrata Mehta introduced and explained the interviews and took questions. 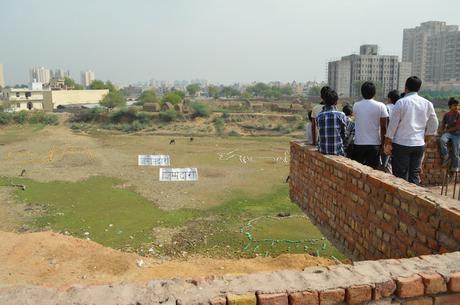 Groups were then taken to the roof for an overview of land art for an envisioning of the lake. The words zameendari zimmedari, translated as land ownership & responsibility in hindi, were laid out as a reference to growing need for civic responsibility in Gurgaon to solve challenges of water, land, ecology and public space. Also a reference to the fact that this is one of a couple of Gurgaon’s many lakes that has been encroached upon to cash in on the urban capitalization of land and resources. 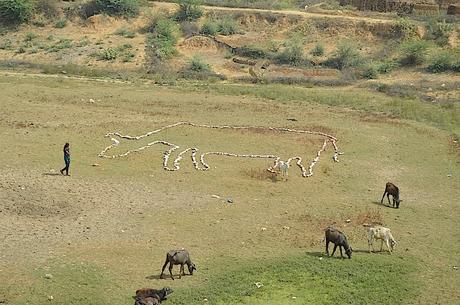 The land art brings significance and contemplation to the lake’s human functions and importance; A cow grazing as reference to the lake’s role as grazing ground and bathing area for assets 60% of the village holds – cows and water buffalos that produce dairy… a swastika, representative of the lake as a holy place for pilgrimage and the swastika’s mantra meaning-doing good… and a rain cloud indicative of the reservoir’s role as a groundwater recharger via monsoon rainwater collection. 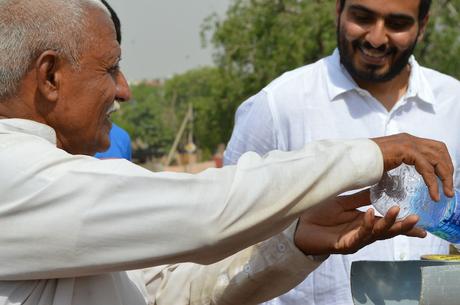 Soaib demonstrated a groundwater collection installation and facilitated discussion and an exercising of the installation that carried mock rain water through tubes and out into the lake where a green rain cloud had been outlines. 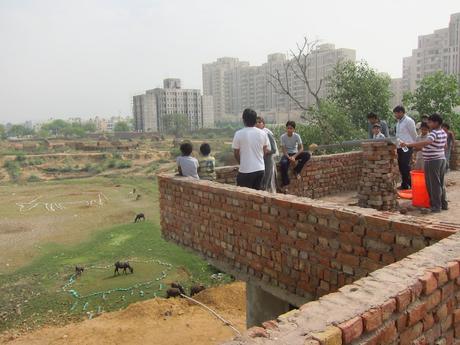 While envisioning how to best design a wall that can secure the lake’s future and ward off encroachment was our objective, the actual conversation that occurred was of the politics, power structures, and class divisions; the very structures our program attempted to sidestep to instead solidify public valuations of the lake. 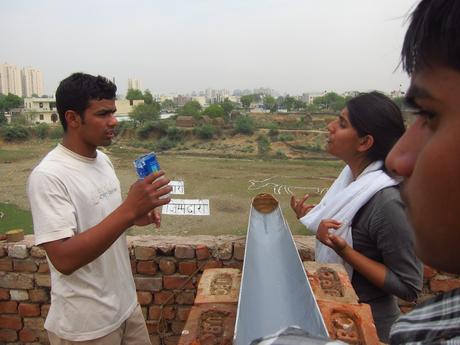 Furthermore the development council, run by a few elder Brahmans, did not attend our program but instead planned a meeting of there own at the same time. So in the evening we projected the interviews in a lively village corner as a means of reaching them and the audiences they command. 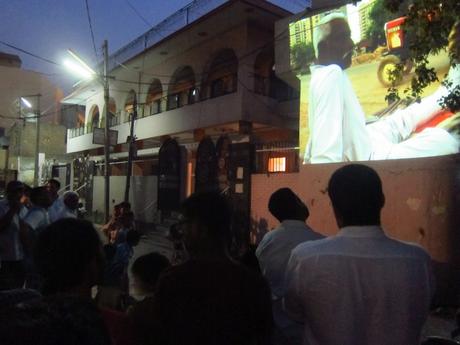 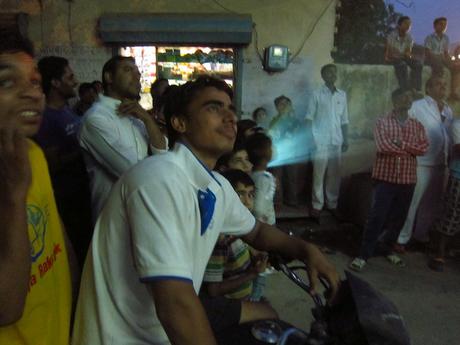 Sneers and laughs directed towards lower class interviewees and speakers exemplified the very elitism and power that is frustrating the general Tigra Village population, and a long debate ensued largely between the development council and the villagers. A handful of youth (around 22 years of age) came forth expressing frustrations with Brahmans who hold total power and their desire to create some of their represenation. 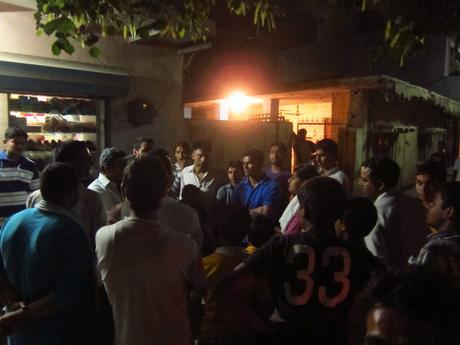 Next steps will test how this can occur.